March is definitely ‘girl power’ month. It’s host to Women’s History Month, Mother’s Day and on Wednesday 8th,International Women’s Day (IWD). It started off back in 1910 as a celebration of women’s history and a platform to campaign for the right to vote and gender equality.

Nowadays, it’s still about gender equality, but Women’s Day is also a chance to celebrate the woman or women in your life who inspire you by presenting them with flowers. Each year has a theme, and this year IWD is asking you to step up and#BeBoldForChange. And, if you want to get involved there’s plenty of information on the website. But what does it all mean for florists?

IWD’s not widely celebrated here, but it’s a big deal in Eastern Europe and Russia. It’s meant in the past flower prices have risen and it was reported to be harder to receive some deliveries of flower from Europe as a huge amount were being transported east. Particularly last year when IWD and Mother’s Day were only two days apart.

But it’s not all doom and gloom! This year there’s over two weeks between Women’s Day and Mothering Sunday; and what’s been a source of difficulty in the past could be potential for profit.

WOMEN’S DAY: WHY DO I CARE?

If you can think of at least one woman who you admire and influences you to be stronger, chances are your customers can too. And the great bit is, it’s not just for mums. By marketing Women’s Day, and by extension yourself this March you’re telling the world that you have the perfect gift for a day that celebrates 50 per cent of the population!

If you’re thinking “This is a waste of time, we don’t even celebrate Women’s Day here in Britain”, think again. The Office of National Statistics’ most recent figures estimate there’s 7.6 million foreign-born residents in the UK and more than a fifth are from Eastern Europe and Russia.

Ian McClellan,  wholesaler, explained: “In recent years we’ve seen significant growth in trade around international Women’s Day, particularly in parts of the UK where migrants from Eastern Europe have made a home and we’re expecting the trend to continue this year.”

You know your business and your area and if you’re in a multicultural part of the country, Women’s Day promotions and celebrations could positively impact your earnings as well as raise your brand.

WHAT CAN I DO?

If you’ve never run a Women’s Day promotion before, the most important thing to do is get your business name out there. Get down to some smart marketing online in the run up by using keywords like ‘Women’s Day’ and the name of your town/ area, both on your website and if you choose to use social media websites take advantage of the official hashtag#BeBoldForChange.

If you get a lot of foot traffic past the shop, market the old fashioned way with a fantastic window. Appeal to people’s emotions, amongst contemporary global political turbulence use your skills to show that you’re embracing your international neighbours. There’s loads of way to do this, floral flags or national colours, think ahead and get creative!

It sounds a bit devious but start thinking PR. Celebrate your female employees by showing off how you value them by making them a gift and posting a photo of them alongside their gift online; it shows off your products and turns your shop from a faceless business to a friendly local community shop.

Launch Women’s Day-specific promotions some ideas could be a discount on flowers for female shoppers, a social media “Make Someone’s Day” bouquet giveaway competition for a woman who’s inspired your customers, or offering a percentage of your IWD profits to a women’s charity.

And looking ahead, in case any boys are feeling left out… don’t worry you’ve still got International Men’s Day at the end of the year on November 19.

Feel free to save the images below and use them on your own social media channels over the coming weeks, and stay tuned to our Facebook and Twitter pages where we’ll be sharing more. 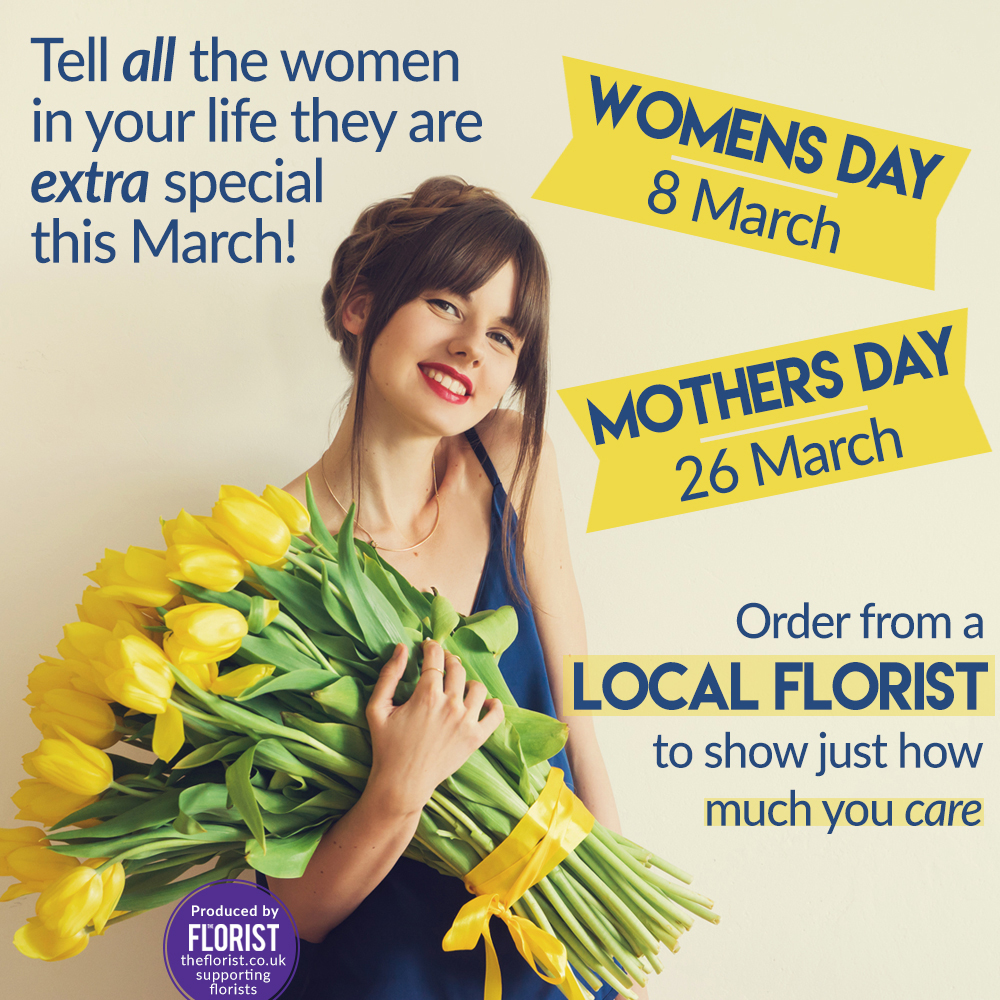 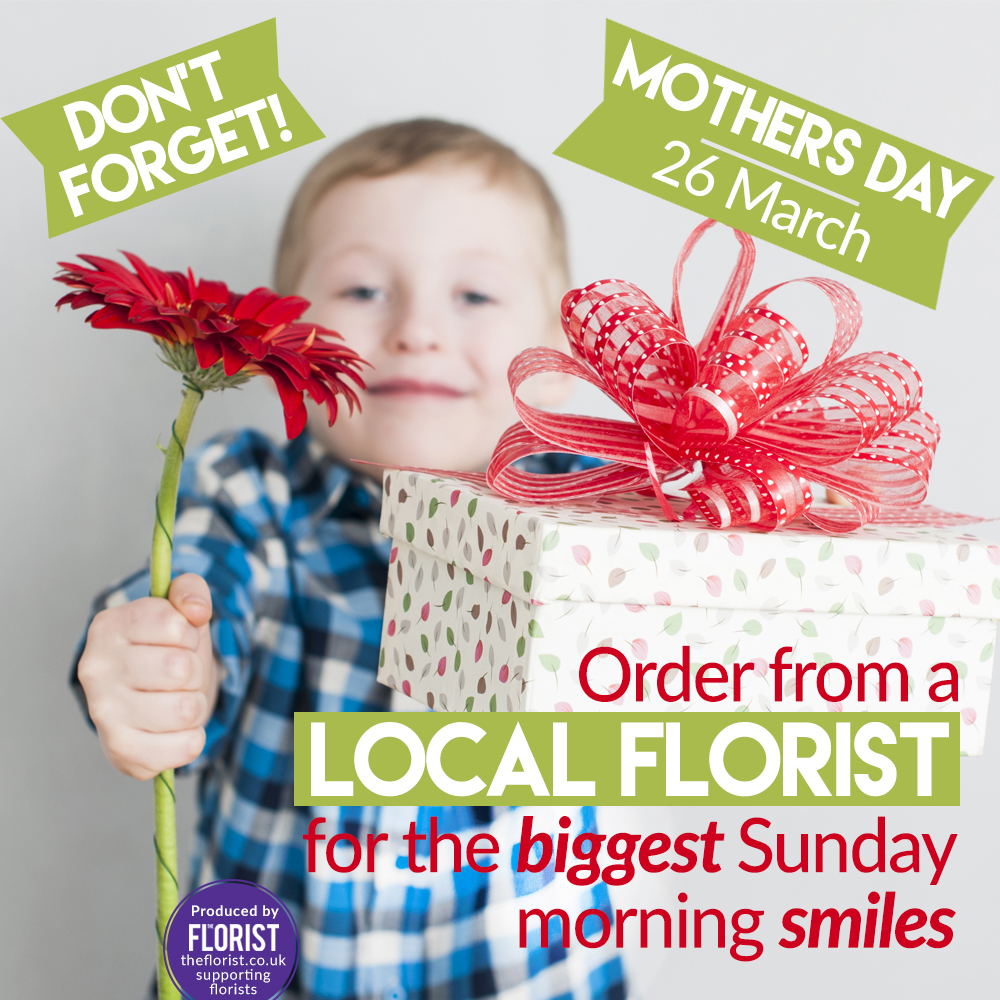